Should I buy or sell Plug Power stock this year?

As I write, the Plug Power (NASDAQ:PLUG) stock is down about 8% year to date. By comparison, the S&P 500 index is down 7.8% in the same period. That’s certainly not a massive decline. But compared to where it was in November 2021, the business has taken quite a tumble.

So, does that mean I should buy or sell Plug Power stock today? One thing which I do is to invest only in companies I understand. With that said, let’s dive in to see or remind ourselves of what this business actually does.

Plug Power was founded in June 1997 with Headquarters in Latham, New York. It provides alternative energy technologies by focusing on designing, developing, manufacturing, and commercialising hydrogen and fuel cell systems. These are predominantly used for material handling and stationary power markets.

The company’s innovative technology powers electric motors with hydrogen fuel cells. This is amidst an ongoing paradigm shift in the power, energy and transportation industries to address climate change and energy security, while meeting sustainability goals.

Looking at its product portfolio, the group currently has:

These products are provided worldwide through direct product sales and leveraging relationships with original equipment manufacturers (OEM) and their dealer networks. That being said, do the financials suggest that Plug Power is a good stock to buy?

Plug Power Stock: What do the numbers say?

The business has managed to increase its revenue over the years – a trend that I believe will continue moving forward. The company recently reported the largest quarterly and annual revenue in its history. In 2021 it generated $502m in revenue – $162m of which came from the fourth quarter alone.

Furthermore, the group launched a Gigafactory in Rochester, New York, to help solidify its position in the alternative energy market. In the past year, Plug Power won several projects worldwide, including a 250MW order from Fortescue. And analyst forecasts expect the group to generate $900m-$925m in revenue in 2022, reaching as high as $3bn by 2025. Needless to say, if this milestone is hit, profitability might soon enter the picture.

Aside from that, management announced multiple partnerships and strategic acquisitions in 2021. These will undoubtedly expand the group’s reach, which could translate into greater market share capture. At least, that’s what I think. And if Plug Power as a business performs well, the stock will surely follow.

Should I buy or sell Plug Power stock?

This business is far from risk-free. Its lack of profitability makes it highly dependent on external financing. And with interest rates on the rise, access to third-party capital is becoming more expensive.

Beyond this dependency, it’s worth noting that the company is not the only player in this space. The alternative energy market is still in its infancy. And while that does mean there is enormous growth potential ahead, there is an abundance of competition that management has to fend off. If it’s successful, Plug Power’s stock price could explode. But should it fall by the wayside, I wouldn’t be surprised to see it become irradiated.

Having said that, its partnerships with Amazon, Walmart, and Home Depot do seem to give it a competitive edge, in my opinion. Therefore, I am considering opening a small and somewhat speculative position in my portfolio today.

Home » News » Stocks » Should I buy or sell Plug Power stock this year? 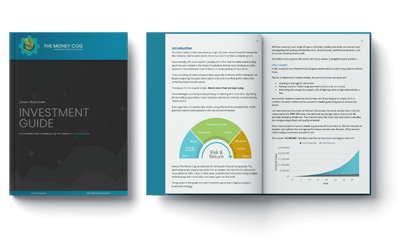