Will the iPhone 13 be a catalyst for the Apple share price?

The Apple (NASDAQ:AAPL) share price momentum has been quite volatile. It opened the year at $133.52 per share on 4 January, then went as high as $145 by 25 January. The stock fell to a low of $116.21 on 8 March, then reached an all-time high of $157.04 in the run-up to its iPhone 13 launching event. Despite all this volatility, the stock is up just over 10% year-to-date. But will the launch of the new iPhone push the Apple share price even higher? And should I be considering this business for my portfolio? Let’s take a look.

iPhone 13 launch: details of the event

Apple introduced the first iPhone in 2007, which sparked massive growth. Since then, the company has created a wave of loyal customers willing to buy every new model released to the market.

Apple announced several new products in its iPhone 13 launch event. Specifically, the various models of the iPhone 13, such as the Mini, Pro, and Pro Max varients, along with the Apple Watch Series 7, and a new series for the iPad. These devices are also 5G compatible, joining the iPhone 12 in the latest generation of telecommunications networks.

While commenting on the launch event Tom Forte, a senior research analyst at D.A Davidson, had this to say, 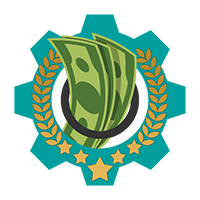 Looking to invest? Join all the intelligent investors subscribed to The Money Cog Premium!

“I think the good news for Apple for this year is similar to last year. The real star of the show is the 5G network. So I don’t think they need to have anything spectacular in the iPhone 13. It’s getting consumers a 5G device as they slowly but surely build out the 5G network. I think it will be very strong sales for iPhone for that reason, which is good news for Apple and its stock.”

Undoubtedly, Apple has one of the largest loyal customer bases among Smartphone manufacturers today. Apple claimed 14.1% of the market share of the global smartphone industry in the second quarter of 2021. In essence, Apple and Samsung still dominate the smartphone industry.

With that in mind, I personally think this latest launch will drive a considerable increase in sales, as loyal fans rush to upgrade their devices. With the 5G global adoption expected to hit one billion by 2022, Apple could grab a huge part of the 5G market with the iPhone 13. Though the 5G cellular data connection feature was introduced last year with the iPhone 12, this new launch could spark renewed interest for users that are yet to switch to the fifth-generation network.

Interestingly, 250 million iPhone customers are expected to upgrade to the new 5G network. And as a consequence, I wouldn’t be surprised to see the Apple share price continue to climb in the near future.

Challenges that lie ahead

Many analysts saw only a slight technical improvement in the iPhone 13 launch. This lack of innovation and structural improvement left some conference-goers underwhelmed by the product, with many asking, “is that all there is?”. If these new devices don’t meet the hype built around them, the level of sales is likely to suffer as compared to previous years.

Furthermore, Apple continues to face ever-growing competition from the likes of Samsung, Xiaomi and Vivo. For instance, Samsung & Xiaomi announced their 5G smartphones in 2019, while Apple followed in 2020. One final concern I have about this business is unrelated to its iPhone products. But rather to the App Store. Apple is currently in the middle of a lawsuit with Epic Games regarding its 30% platform fee on in-game transactions. Should the courts rule in favour of Epic Games, this revenue stream could be seriously damaged.

I personally believe iPhone 13 will have high demands among iPhone faithful, especially since there are many users who are yet to switch to a 5G-enabled device. With revenues potentially about to surge, Apple and its share price could be in for some substantial growth. And therefore, I am considering adding it to my portfolio today.

Are you on the lookout for US growth stocks? If so, get this FREE report now and discover what I think is one of the best growth opportunities of the decade.

Covid-19 has devastated the global markets. But this stock has been thriving and has doubled its revenue for the last five years, even in 2020! What's more, due to the recent volatility in the stock market, The Money Cog analysts feel the stock is grossly undervalued.

Needless to say, I believe it's a fantastic business that could become an industry leader in the future!

So don't delay, get your report on this Top US Growth Stock while its still free!

Home » Blog » Stocks » Will the iPhone 13 be a catalyst for the Apple share price?

Join the Discussion on Telegram

Are you on the lookout for US growth stocks?

Covid-19 has devastated the global markets. But this stock has been thriving and has doubled its revenue for the last five years, even in 2020!

Get this free report now and discover what I think is one of the best growth opportunities of the decade.