Anglo American Plc (LSE:AAL) shares have proven fairly resistant to the recent chaos in the stock market. While the mining stock is down around 4% over the last 12 months, that’s considerably better than its parent index, the FTSE 100.

Furthermore, zooming out to a five-year perspective reveals its market capitalisation has grown by nearly 90%! What’s behind this impressive long-term performance? And should I be considering this business for my portfolio today? Let’s dive in.

What does Anglo American do?

As a quick reminder, Anglo American Plc is a global mining company founded in 1917. The group made its public debut on the London Stock Exchange in 1999, with its headquarters in London.

Needless to say, the group has a fairly diversified collection of assets it’s extracting from the ground. That’s an encouraging sign, in my opinion, as it reduces the impact of a particular commodity suddenly losing value.

Like many other resource companies in 2021, Anglo American enjoyed the tailwinds of reduced global supply. Since mining is a largely-fixed cost operation, any increase in commodity prices usually falls directly down into profit.

But with a large portion of the revenue stream coming from its Iron Ore and Platinum Group Metals products, 2022 proved less favourable. With ongoing Covid-19 restrictions in China, the prices of these commodities have been negatively impacted. Furthermore, a blasting misfire at its Kolomela iron ore mine in South Africa caused production delays that took almost a quarter to clear.

Consequently, the group suffered a 17% decrease in revenue. And with mining margins suffering, a subsequent 28% drop in underlying profits.

Obviously, that’s not a good sign, and it’s not surprising to see Anglo American shares fall on the back of this report. However, it wasn’t all bad news. Its Diamond, Nickel, Metallurgical Coal, and Manganese mining operations all saw impressive gains compared to a year ago. And management has retained a liquidity position of $17.3bn to see it through the current economic turbulence.

RELATED: How to analyse mining results

What is the future of Anglo American shares?

As frustrating as the first six months have been for Anglo American shares, there has been some solid operational progress. At least, that’s what I think.

The company launched the prototype of nuGen zero-emission haulage solution in May 2022. This truck is seen as the world’s largest powered mine haul truck, which reduces the consumption of diesel by 900,000 litres of diesel per year. Beyond the benefits of reduced fuel costs, that’s also a win for the environment, with fewer fossil fuels being consumed in mining activity.

Meanwhile, the first production of copper concentrate from its Quellaveco project in Peru was announced in July 2022. Although the project is near completion, the copper production from this site could positively enhance the company’s fundamentals in the long run.

And it seems other analysts agree. Today the corporation has a market capitalisation of just under £35bn, with Anglo American shares trading at a price-to-earnings P/E ratio of 5.3. Yet looking at broker forecasts, a significant number of financial institutions remain bullish, with an average price target of 3,236p.

Compared to the share price today, the projected return over the next 12 months is a handsome 16%. Yet not all opinions are as optimistic, with some forecasts predicting a further decline to as low as 2,173p.

If this more pessimistic forecast is accurate, that would suggest the firm’s 52-week range is about to get wider since it currently stands between 2,487.5p and 4,292.5p.

Are Anglo-American shares a good investment?

Mining companies play a crucial role in the production process of basically all modern technology and appliances. And with the rapid rise of electric vehicles, the demand for metals like copper and nickel is flying through the roof. As such, mining companies certainly look like they have a vital role to play in the future economy.

In terms of ownership structure, Anglo American has 1.34 billion shares outstanding held by over 21,000 investors. Around 7.3% of these are owned by insiders of the company, with 56% on the books of various leading financial institutions, including BlackRock Inc, which is the firm’s largest shareholder.

Seeing strong institutional support is an encouraging sign in my experience. And what’s even more alluring is the generous dividend policy. Management has a reputation for returning excess cash back to shareholders – a habit that hasn’t changed in 2022. The firm announced an interim dividend of $1.24 per share, equivalent to returning $1.5bn in capital to investors.

These certainly seem like common hallmarks of a good investment. But something that does give me pause is the change-up in management. In April 2022, CEO Mark Cutifani stepped down and was succeeded by Duncan Wanblad. It’s too soon to tell whether he’s delivering on investors’ expectations. But there does appear to be some cautious optimism within the investing community.

Should I buy Anglo American shares?

While the recent financial performance of this business has been mixed, overall, I remain confident in the future performance of Anglo American shares. Yet there are some crucial investment risks worth highlighting.

Apart from being at the mercy of fluctuating commodity prices, mining is a complicated and dangerous profession. In fact, just earlier this year, one of Anglo American’s employees was tragically killed in a mining accident in Australia.

Meanwhile, as mining sites only have finite resources to extract, there is constant pressure to identify new mining sites to keep up with demand and stay ahead of the fierce competition. While smaller exploration groups are less of a concern, industry titans like Glencore, Rio Tinto, and BHP pose a major threat.

That’s quite a capital-intensive process that can often lead to underwhelming results. After all, even if a rich deposit is found, it may be economically unviable to extract the ore inside, or it could prove challenging to secure and retain the necessary permits from local authorities.

That’s why owning a mining stock may be too risky for some investors. Nevertheless, as mining companies go, Anglo America seems to be in a strong position.

It’s an established enterprise with a healthy balance sheet, trying to meet a rising level of demand. That, to me, sounds like it has plenty of long-term potential to keep delivering impressive dividends and share price growth. That’s why I’m considering adding this business to my portfolio the next time I invest capital.

RELATED: Everything investors need to know about analysing mining stocks 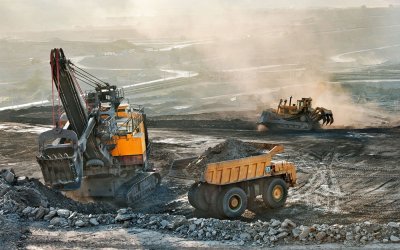 Glencore shares have jumped nearly 40% in 2022 as earnings exploded. Can this momentum continue in the long run?

END_OF_DOCUMENT_TOKEN_TO_BE_REPLACED 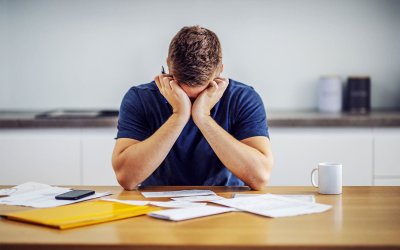 The Evraz share price was frozen following the invasion of Ukraine, but can the business make a long-term comeback?

END_OF_DOCUMENT_TOKEN_TO_BE_REPLACED 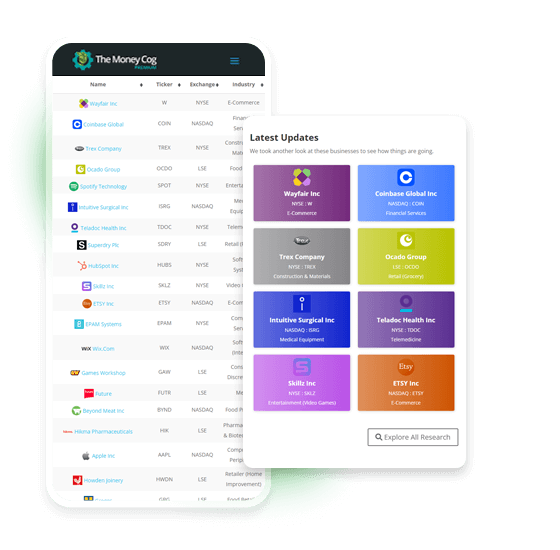